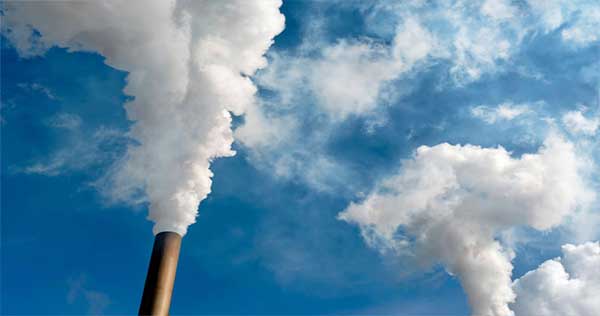 Normally, polluting products are mixed in the air. Its nature is very diverse, although some stand out for their high proportion in the air or for their effects. On the other hand, many react with each other or with the other substances present in the atmosphere, such as water vapor, and cause new pollutants. Thus we differentiate the primary pollutants, emitted directly by a source, from the secondary ones, product of subsequent reactions. The time that a pollutant remains in the air is known as the residence time. This time is more or less long depending on the type of pollutant and the state of the atmosphere. For gases, the residence time depends on their reaction capacity, the most reactive remain less time in the air. For particles it depends on its size.

The units with which the particles are measured are micrograms of contaminant per cubic meter. In the case of gases, the units are the parts per million. Within sulfur compounds, oxides originate from fossil fuel combustions that contain sulfur, such as coal, oil and some derivatives. The main sources are thermal power plants, various industrial processes, automobile traffic and certain heaters.

The most important sulfur oxides in terms of air pollution are sulfur dioxide, SO2 and sulfur trioxide, SO3. The emission of trioxide is much higher quantitatively than that of dioxide . The two are issued together and the proportion of the second is from 1% to 5% of the total. Sulfur dioxide in high concentrations can be an irritating gas that causes alterations in the eyes and respiratory tract. Under certain circumstances, chemical reactions occur in which this dioxide can be transformed into trioxide. On the other hand, sulfur trioxide does not remain long in the atmosphere, since it is highly hygroscopic and in contact with humanity it is transformed into sulfuric acid. This acid carried by rainwater has corrosive effects produced by acid rain on natural resources.

Hydrogen sulfide, SH2 at high concentrations, is a toxic gas that produces an unpleasant and characteristic odor. It occurs naturally by rotting organic matter, at the bottom of lakes and rafts that are in anaerobic conditions, in the absence of oxygen. As for the anthropogenic release of hydrogen sulfide, it is classic in the paper industry and also in refineries.

Nitrogen oxides form an important group of polluting gases. Although there are several, the most important, in terms of their polluting effects, are nitrogen dioxide, NO2 and nitric oxide, NO. The importance of the rest is less before these two. Nitrogen oxides are generated because of the high temperatures that occur in combustion processes. High temperatures allow the direct combination of oxygen and nitrogen from the atmosphere and nitric oxide is produced. This gas subsequently oxidizes and gives nitrogen dioxide. In areas with high traffic agglomeration, cars produce about 60% of the total nitrogen oxides. lately the automobile industry makes an important effort in the sense of installing, in its models, catalysts that accelerate the decomposition of nitric acid in its original components, nitrogen and oxygen, to reduce the emission of this pollutant. These gases cause the decrease in visibility, the corrosion of materials and the decrease in the growth of some plant species of agricultural importance, are the main effects produced by these compounds. 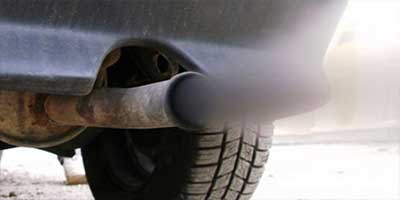 In a first reaction, nitrogen oxides are transformed into nitric acid or nitrates in the atmosphere. This acid, very corrosive, is washed away by rainwater and becomes one of the constituents of acid rain. Nitrogen oxides are also involved in the destruction of the ozone layer. Although they act only as catalysts, small amounts of oxide can destroy large amounts of ozone until they are removed from the stratosphere by a slow natural process. In the case of aviation, the reactors inject nitrogen oxides directly into the stratosphere and thus aggravate the effect.

Carbon oxides are another family of contaminants. The main ones are carbon monoxide, CO, and carbon dioxide, CO2. Carbon monoxide is produced by incomplete combustion of organic fuels, that is, in a situation of lack of oxygen that prevents complete oxidation to CO2. The top producers are cars and the processes in which combustion is involved. Carbon monoxide is a highly toxic substance because it combines with the hemoglobin of the blood and prevents the transport of oxygen to the tissues, and therefore breathing. Carbon dioxide is a gas that is normally found in the atmosphere at an average concentration of 0.03%. Occurs naturally in the respiration of living beings and in combustion. It is consumed by the photosynthesis of plants. In addition, carbon dioxide has a decisive participation in global warming, as it absorbs infrared radiation from the sun and the oceans. This phenomenon is known as greenhouse.

Hydrocarbons at high concentrations have irritating effects. The largest source of hydrocarbon production is the natural one. Methane is the pollutant that represents most of this production. Human activity, especially the transit of vehicles, some combustion processes of organic matter and also oil refineries and processes that work with solvents produce a significant amount of hydrocarbons of various types. Hydrocarbons can react with nitrogen oxides, under conditions of strong solar radiation and produce the phenomenon of photochemical smog.

Oxidants at high concentrations are strongly irritating and tearful, damage vegetation and have the property of cracking tension rubber, for example, car tires. Oxidants are the product of photochemical reactions between nitrogen oxides and hydrocarbons and are considered secondary pollutants, those that are not directly emitted by an emitting source but are formed in the air itself. The main oxidant is ozone, but there are others, derived from hydrocarbons, such as acyl nitroperoxides known by the acronym PAN. They appear in the form of photochemical fog. They are classics of urban areas and cars have an important role in their appearance.

The halogenated compounds with the highest incidence on air quality are fluorine compounds, chlorine compounds and freons, chlorine and fluorine compounds. Fluorine compounds are mainly emitted by the ceramics, aluminum and glass industries. Since fluoride has a certain role in some physiological processes of organisms, a significant increase in its concentration can have negative consequences, especially in children. In addition to reacting with water vapor, hydrofluoric acid is formed, which is very corrosive. Chlorine compounds are emitted mainly by the petrochemical industry, the combustion processes of plastic materials or others containing chlorine. Freons are gases that are used as propellants for aerosols and in refrigeration systems. These compounds have negative effects on the ozone layer and that is why their use is being limited.

Among the metals emitted to the atmosphere with greater incidence we have: lead, cadmium, nickel, iron, mercury, chromium, copper, manganese and arsenic. The most important and the most abundant in the atmosphere is lead. It comes mainly from what is included in the gasoline of cars as antidetonating. This pollution phenomenon is being significantly reduced with the use of vehicles that use unleaded gasoline. All these metals have toxic characteristics and accumulate in the tissues of organisms, where they can reach remarkable concentrations.