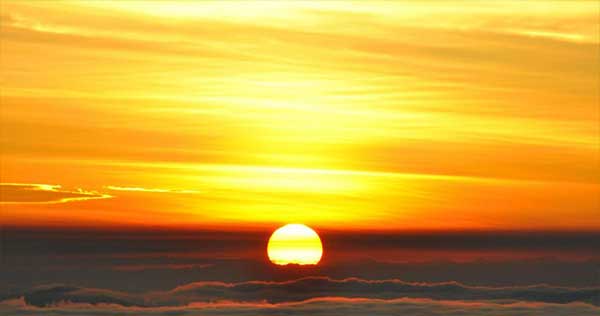 Almost all the energy we have comes from The Sun. He is the cause of the winds, the evaporation of surface water, formation of clouds, of rains, and, consequently, the jumps of water. Its heat and its light are the basis of numerous chemical reactions essential to the development of the plants and animals that with the passing of the centuries have originated as fossil fuels such as coal or oil. Solar radiation has another capital importance: other forms of renewable energy, such as wind, waves or biomass are nothing more than indirect manifestations of it.

Solar radiation intercepted by the Earth is the main source of renewable energy within our reach. The amount of solar energy collected by the Earth annually is approximately 5.4 x 1024 J, a figure that represents 4,500 times the energy consumed.

Earth receives electromagnetic radiation from the Sun and redirects back to space an amount of heat equal to the incident radiation. Therefore, the use of solar radiation is nothing other than its conversion into useful energy for humanity. However, the net result of this use is the same as if there had been no interference in the process of reirradiation to space, since there has only been a lag or delay in this process, as a result of human disposition or as part of the natural processes

Despite its abundance, the use of solar energy is mainly conditioned by three aspects: the intensity of solar radiation received by the Earth, the daily and annual cycles to which it is subjected and the weather conditions of each place. The profitable use of solar radiation as a source of energy is directly linked to the geographical situation of the place chosen to take advantage of it and the temporal variations.

Solar radiation is a form of low concentration energy, since outside the atmosphere the intensity of solar radiation received by the Earth ranges between approximately 1,300 and 1,400 W / m2. The losses to the atmosphere by reflection, absorption and dispersion reduce this value by around 30%, with an intensity of radiation by the Earth of around 1,000 W / m2. These values ​​may vary depending on weather conditions. For example, on a day without sun, radiation intensity values ​​can be reduced to 150 or 50 W / m2. This low radiation density and the negative effect of certain climatic conditions requires the use of large catchment areas if significant values ​​of energy use are to be achieved.

Regarding the use of solar energy, we can talk about two types of systems: those that convert solar radiation into electricity using photovoltaic technology and those that are used for the production of thermal energy. The possibility of making more global use of solar radiation, natural light and the specific climatic conditions of each site what has been called bioclimatic architecture can also be considered.

Photovoltaic solar energy is captured through photovoltaic cells that convert solar rays into electrical energy. This modality of use of solar energy is the most recently developed among the different types of renewable energy and has a very wide scope of application: from the use in consumer products, such as clocks and calculators, to the electrification of areas without conventional supply , such as isolated houses or agricultural and livestock facilities, through land and sea signs, communications or street lighting. 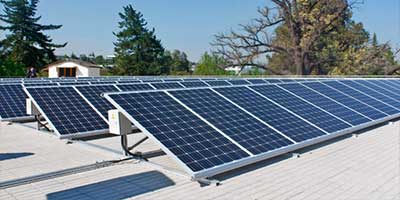 The direct transformation of solar energy into electricity through photovoltaic conversion has clear advantages, taking into account its simplicity, autonomy, reliability and operability and is related to the high energy amount of the electricity produced and the absence of environmental impact and noise in The energy process.

Solar thermal energy can be obtained, actively, through specific elements through which a fluid that absorbs the radiated energy of the Sun circulates, or, passively, through a series of applications known as bioclimatism. In the latter case, its use is related to an aspect that is becoming very popular: the design optimization of buildings to reduce as far as possible the additional heating and cooling needs. This application can be very useful in homes, but also in swimming pools, hotels and sports centers. 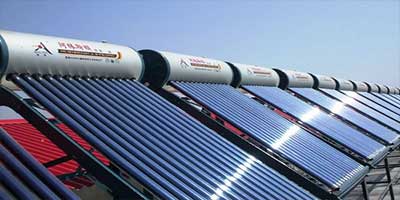 The use of active system is mainly aimed at covering part of the thermal needs of a building, such as the production of domestic hot water and heating. This set of applications is what is called low temperature active solar energy.

In recent years, solar thermal energy has achieved a degree of maturity that makes it a good option technically and economically. In this sense, the application of solar energy to produce domestic hot water is one of the possibilities that offers a more attractive profitability. The latest advances and lines of research have focused on the improvement of materials and elements of control, regulation and monitoring of the operation of the facilities.