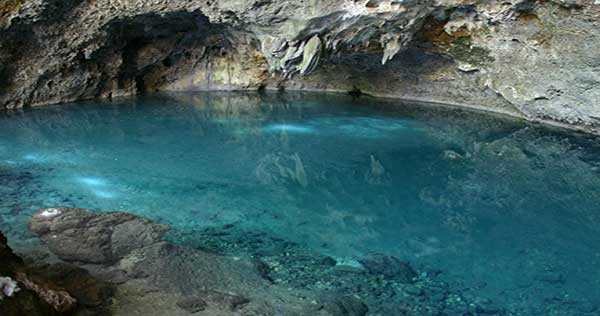 Groundwater is what is found under the earth’s surface and occupies the pores and fissures of the most solid rocks. In general, it maintains a temperature very similar to the annual average in the area, therefore, in the Arctic regions, it can freeze.

The deepest groundwater can remain hidden for thousands or millions of years. However, most of the deposits are shallow and play a discrete but constant role within the hydrological cycle.

Globally, groundwater represents about twenty times more than the total surface water of all continents and islands, hence the importance of this water as a reserve and as a freshwater resource. In addition, it has an important role in nature. The effect of the large water reserve with respect to the annual flow is essential to maintain the base flow of many rivers and soil moisture in the banks and low areas.

Groundwater is of essential importance to our civilization because it is the largest reservoir of drinking water in regions inhabited by humans. It can appear on the surface in the form of springs, or it can be extracted by wells. In times of drought, it can be used to maintain the flow of surface water, but even when there is no shortage, it is preferable to use groundwater because it does not tend to be contaminated by residues or microorganisms. Although groundwater is less polluted than surface water, contamination of this resource has also become a concern in industrialized countries.

Due to a series of uncontrolled actions by some individuals, aquifers have been exploited. This has significantly damaged, resulting in problems of various kinds, such as depletion of reserves, deterioration of water quality, and economic and environmental impacts, etc.

The problem of overexploitation affects a large number of aquifers used as a source of drinking water supply, it is estimated that at least 58 hydrological units used for this purpose, suffer from this problem, this means that at least 20 to 30% of groundwater resources are threatened with sustainability.

The mobility of groundwater depends on the type of underground rocks in each place. Saturated permeable layers capable of providing a useful water supply are known as aquifers, and are usually formed by sands, gravels, limestones or basalts. Other layers, such as clays, blackboards, glacial moraines and silts tend to reduce the flow of groundwater. Waterproof rocks are called aquifers or basement rocks.

In permeable areas, the surface layer of the water saturation area is called the water table. When in very populated places or very irrigated arid areas water is extracted from the subsoil too much, the water table can descend very quickly, making it impossible to access it, even using very deep wells.